​​The 2018 Restoration of Founders Cemetery

The Historical Preservation Committee of the Judith Robinson Chapter, DAR, led by Chair Sylvia Johnson and assistant Janice Brock, began the restoration of Founders Cemetery in 2018. Other committee members include Janice Fortenberry, Helen Johnson, Cathy Harvey, Jane Ard, Mona Ray, Ann Hobgood, Carla Stringer, Dell Clawson, Sonya Johnson, Virginia Zeigler, and Lynn Williams. The committee began their project with a fund-raising drive, sending out letters and making presentations to various organizations, including a Power Point presentation designed by Cathy Harvey. As a result of this drive, many generous donations were obtained from individuals, organizations, and local businesses totaling over $8,000.  These funds have allowed the committee members to transform the historical Founders Cemetery from an abandoned, dilapidated graveyard into an aesthetically pleasing and historically accurate monument to the founders of Tylertown. 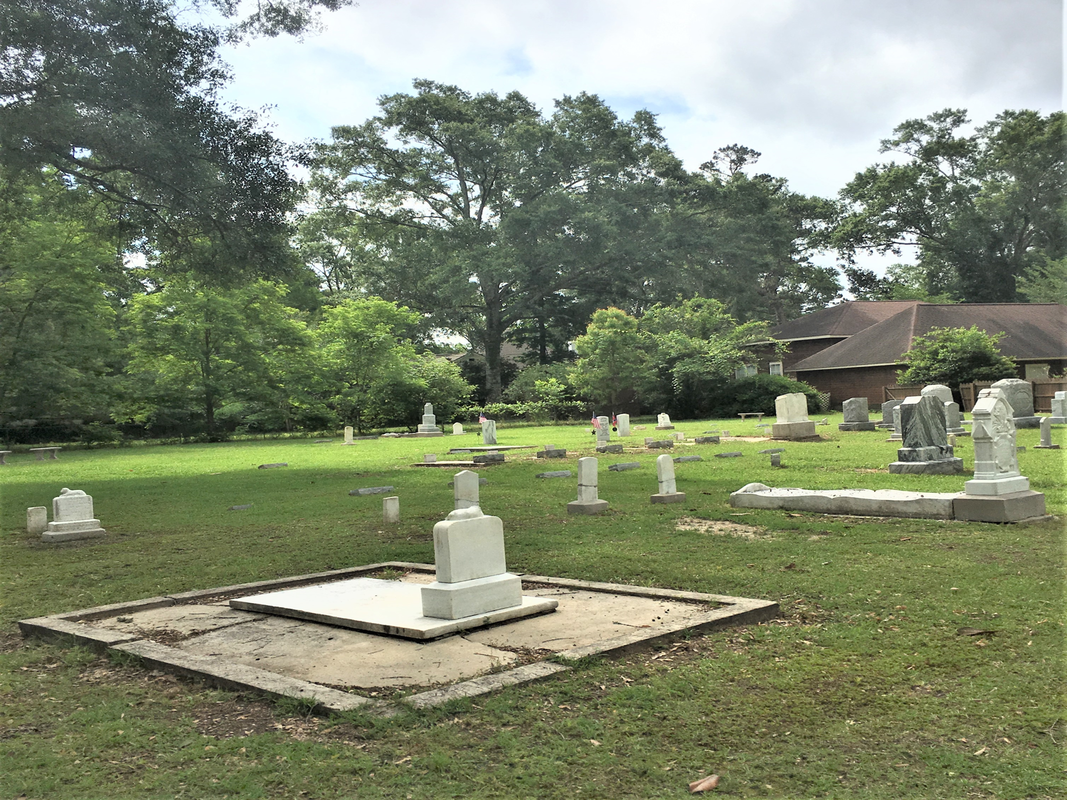 This process of restoration-identifying graves, repairing gravestones and erecting new ones, securing VA military markers and a State Historical Marker as well as beautifying the site-has produced a dramatic change in the appearance and substance of Founders Cemetery.  Research and restoration have revealed that Founders is the final resting place of soldiers from three wars: the Revolutionary War, the War of 1812, and the Civil War.  They and others buried here were farmers, millers, teachers and merchants, reflecting a time line of 1835 to1919, when Tylertown developed from a pioneer farming area to a business community. The 184-year-old cemetery thus serves as not only an historical record of Tylertown, Mississippi, but also reflects the history of the nation as a whole.